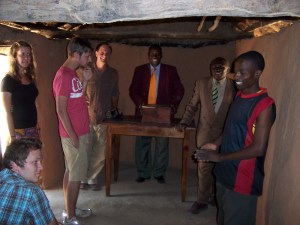 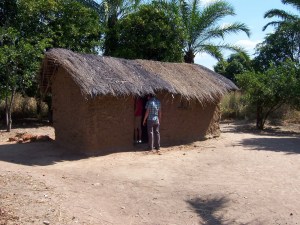 On a recent trip to the District of Tabora, Tim traveled with several other missionaries visiting a number of churches in that region.
In comparison to churches in the states, congregations and church buildings would generally be considered small. However, one of the churches they visited is considered small even by Tanzanian standards.
This tiny little church building can probably hold 15 people and it is full each Sunday; it is about two years old and in an area that is very resistant to the Gospel. The typical Tanzanian church building can hold about 3 times as many people as it could if it were in the states.
Tanzanians don’t have a problem with having “their personal space” invaded by others; they pack themselves in like sardines. A common saying here is “there is always room for one more” and they prove it in their buildings and public transport.